Has the era of “Maintenance” arrived?

Innovation is the « grand road » for progress, a perception of action and movement. And now… out of breath and perhaps also largely frustrated too, our societies are perhaps, slowly but surely moving, towards the era of “Maintenance”?

Innovation – the “raison d’être” in Business

It is the « raison d’être » of entrepreneurs, the mantra of companies, the mandate given to employees, a core corporate value with its own rights, promoted by politicians and presented with great fanfare in presidential speeches. Searching for the term «Innovation » on Google generates 1.65 billion results!

We all crave for innovation and innovative companies. And yet, when asking if “we have enough of them?”, the answer is “we can never have enough”. To innovate in everything and for everything, everywhere; in the technique, in ways of thinking, of organizing ourselves and of looking at world. Creating the rupture, the “disruption”, the new, the unprecedented novelty. Innovating at all costs…

Innovation is the « grand road » for progress, a perception of action and movement. And now… out of breath and perhaps also largely frustrated too, our societies are perhaps, slowly but surely moving, towards the era of “Maintenance”?

An age where the actions of troubleshooting, repair, polishing, recycling and preservation precede those of continuous replacement and consumption. And in particular, the innovations that only serve those who sell them.

Let’s be clear: the issue is not innovation as such – developing a Covid-19 vaccine in just ten months is without a doubt a remarkable achievement that saves lives and improve human condition– but merely the incantation at the altar of innovation, with often technology and overconsumption as the “perceived” solution to progress.

Living up to the promise of innovation

Today there is a great frustration among companies and employees, who often believe to fail to live up to the promise of innovation.

However, the humankind was born as “imitator” long before it was an “innovator”. Not everyone can become a major “disruptor” and disrupt the codes of their economic sector as, for example, Silicon Valley entrepreneurs in Tech or in IT.

The fact is that innovation is not self-evident and we are ultimately much more apt to imitate, maintain than to innovate. Throughout the history of mankind, most of the intellectual activity of humans has consisted in reproducing exactly to the identical what their ancestors did.

Blaise Mao, editor-in-chief at Usbek & Rica, coordinated for this marvelous quarterly French magazine (January 2022), a dossier questioning the “What if?” we stopped innovating and explains how we could switch from the paradigm of “Innovation” to the one of “Maintenance”.

So Usbek & Rica, “our infrastructures are degrading at high speed and our devices are programmed to be obsolete. To get out of this troublesome situation, “Maintenance” must become a strategic route. But how to make such an unattractive notion desirable?”

Also Andrew Russell, and Lee Vinsel published in 2016 in their fabulous article ”Hail the maintainers” (see link) “Innovation-speak worships at the altar of change, but it rarely asks who benefits, to what end?”, pointing at the fact that

our current business model “excels at innovation but it is failing at maintenance, and for most lives it is maintenance that matters the most”.

So, Andrew Russel and Lee Vinsel; “a focus on maintenance provides opportunities to ask questions about what we really want out of technologies. What do we really care about? “

Sweden is leading the way. Since 2017, a tax relief has allowed Swedes to halve the cost of hiring staff to repair their house and household devices (the famous “rotavdrag”). As a result, repairs for household appliances alone increased by 16% in 2020. Another encouraging signal: Apple, which until then only designed “captive” products, announced in November 2021 the launch of a self-service repair. In other words, it will be possible to repair an iPhone 12 or 13 (and, eventually, future iPhones and Macs) without going through an Apple Store.

Who knows, perhaps this announcement will be remembered one day as the official entry of humanity into the era of Maintenance?

Do you want to know more?

To build a framework that promotes the repair and maintenance of objects and infrastructures, Usbek & Rica suggests three legal avenues to help making visible the invisible. You can read the full article at www.usbeketrica.com (quarterly magazine, issue #34, January 2022)

Since the Vilcabamba River in Ecuador (2011), a pioneer in this field, many rivers around the world have been granted legal personality in recent years: the Atrato in Colombia (2016), the Whanganui in New Zealand (2017), the Ganges and the Yamuna in India (2017).

Bottom-line, the recognition of natural infrastructures as legal persons allows certain collective groups to represent and defend them on the legal scene, for example against land development projects. The objective is to ensure their maintenance through their preservation.

#2 Creating rights for objects, and duties for users

In 2006, indigenous communities, for instance in Bolivia, have been invited to participate to a “Constituent Assembly” (while most modern institutions resulting from colonization had taken the bad habit of ousting them).

Within the framework of this Constituent Assembly, with at its head, Minister Benecio Quispe, the Bolivians have been asked to put everything on the table. What does it mean to be Bolivian? What matters? Which entities have a density? Who is a subject of law?

What was immediately said by the indigenous communities participating to the discussion was that “we must respect the object, not because it has an impact on the environment, but because it represents a social being that reflects an activity, an investment, an effort, a difficulty to build. The object reflects for them a relational intensity. For indigenous communities, “an object can carry a soul. It is potentially more than an object. None of them dared to question this hypothesis.

Minister Quispe explained that “this reflection should allow us to know in which cases we must give rights to objects, because these objects are not respected today. However, behind this respect, there is respect for life and for the Pachamama. […] What types of rights for what types of objects?”

For eight months, citizens met to answer the question posed by the Minister. They then proposed granting rights to objects while imposing duties on their users: i.e. the “Right to maximum life expectancy”; the “Prohibition of abandonment”; the “Right to physical integrity”; the “Right to care and reparation”. If, in Bolivia, the rights of objects remain at its experimental state, it finds an important echo in other regions of the world, in particular in the European Union, where a “right to repair” came into force in 2021, accompanied by a “repairability index”. However, there is still a long way to go: smartphones and laptops are currently excluded from these legislative advancements.

#3 A tribunal that decides about the existence of entities

“You can look at our society as a huge overflowing bathtub. To make it eco-friendly, i.e. lower the water level, everyone is busy to punch in technological innovations. But no one takes care of the tap which continues to flow. We are proposing to reduce the flow. So Joseph Sournac and Lucas Deutsch, two of the three co-founders of Sinoncomma, an ecological strategy consulting company, introduce their “Courts of existence”.

As their name suggests, these tribunals aim to legally decide whether the entity being sued (a start-up, an infrastructure project, etc.) may or may not have a right to exist. “We are trying to organize a contradictory debate between opposing rights. On the one hand, freedom of enterprise, which is a right already extremely well represented and, on the other hand, the rights of the “invisible” that are i.e. future generations, non-humans and the common people, who do not have access to traditional legal means.”

As in a “real” court, the accused – here, the entity that wishes to be created – is questioned by the prosecution and then by the defense. “The prosecution is responsible for showing all possible negative impacts of the project and, as such, it can call several witnesses. The objective being to understand the long-term effects of the entity on future generations, as well as the representation “non-humans” and defend the interests of minerals, plants and animals.

From the point of view of Maintenance, this filtering approach could have an immediate effect: “The more we refuse the construction of entities, the fewer there will be to maintain. “

Value Propositions: Are you lacking the “True North”?

Value Propositions: Are you lacking the “True North”? 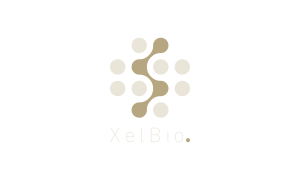